Kampi is a small one road village in the Porto Schiza area of Zakynthos. Famed for its beautiful sunsets, Kampi Zante is definitely on most people’s list of the top 10 places to visit during your time in Zakynthos. Kampi has wonderful breath-taking views by day, and the most beautiful sunsets at dusk; and Kampi is by far the best place on the island to see the sun going down at sea.

Located on the west coast of the island, Kampi is known for the 39 Greek resistance fighters that lost their lives during the Greek civil war. They were thrown off the cliff edge into the sea.

Today you can see a big white cross made of cement at the top of the mountain. The cross is so big that it is visible from sea and sits more than 350 meters above sea level. It can be seen from many kilometres away. It can even be seen from the capital Zakynthos Town which is 30km away!

Known as the Schiza Cross, the cross at Kampi Zante was constructed to represent and remember those that passed away during WW2, It is a permanent reminder to those that live on the island, to never forget those who fought and lost their lives during this terrible war.

I will never forget the stories I heard from the locals of the waters below the cliff edge, where the 39 men lost their lives. The fact that I could have been standing in the same place as one of those men when they lost the fight for their island and also their lives. 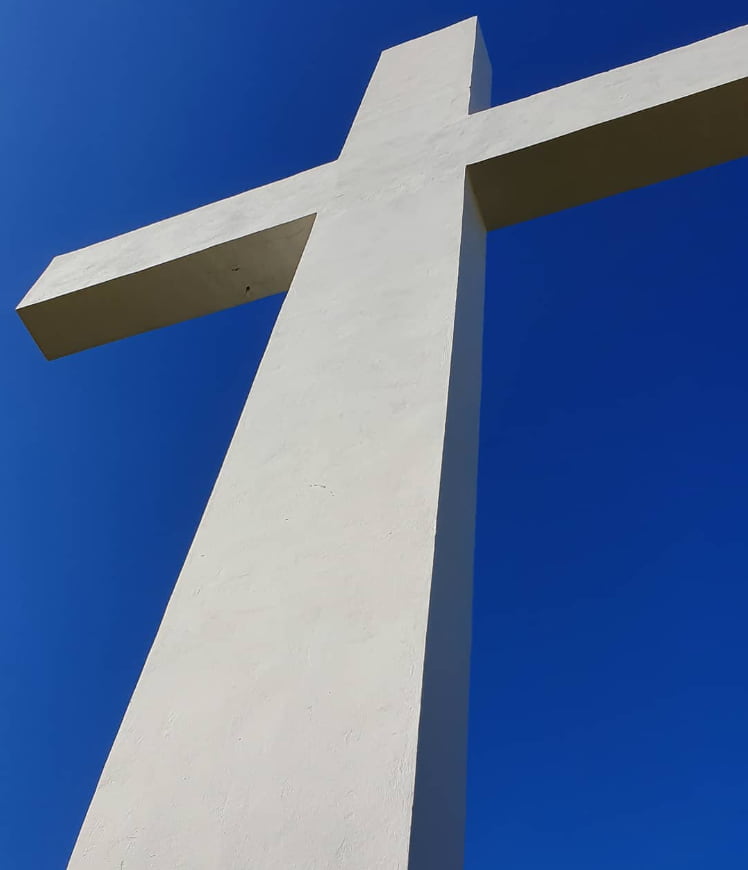 Kampi offers the best sea views of the whole island. From the top of the cliff you can see out into the infinitely blue Ionian Sea; with the beautiful crystal-clear waters close to land and deep blues out to sea. At sunset, the amazing reds, oranges, and purples create amazingly beautiful images for you to snap photos of, for lasting memories that you will never forget.

Tucked away into the cliff edge, you can see the seal gulf bay that gets its name from the seals that breed every year in the marine caves below.

The Taverna’s at the top of Schiza are definitely worth the visit. My best pictures of beautiful sunsets have come from my time visiting Kampi in Zakynthos. 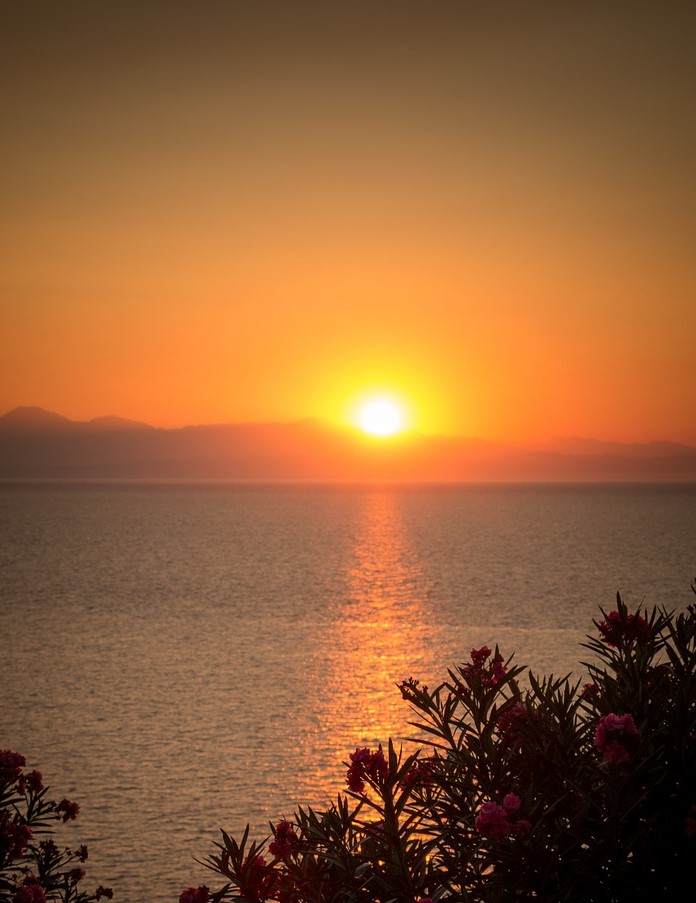 At the top of the cliff at Schiza there are a few lovely Greek taverna’s where you can either sit and enjoy the enchanting views; or stand next to the barrier on the cliff edge watching the sun set. Kampi has a few traditional Greek tavernas to choose from and one of the most popular is the Taverna Michalis which has the best views in my personal opinion. Taverna Michalis has its own balcony sitting in the best location to watch the world go by. It is right next to the blue barriers keeping you safe from the cliff edge, where you can look over the edge and see the tiny beach below, and the small rocks sat on the bay floor due which are easily seen due to the clear waters of the shallow cove.

The restaurants also offer amazing traditional Greek food which you should definitely try while you are there. Whether you are there at lunch time or there for the evening there is a mixture of home-cooked traditional meals for you to enjoy. Like elsewhere on the island they also offer great authentic traditional Greek entertainment with dancing, singing and live music. Kampi, Zante is definitely an unforgettable place to eat, be merry and dance the night away.

You can also purchase handmade gifts and momentos like rugs, mats and tablecloths all embroidered with beautiful patterns and fantastic colours. There is also local Zakynthian produce such as homemade honey’s and olive oils that are well worth trying (the orange blossom  honey is my favourite). 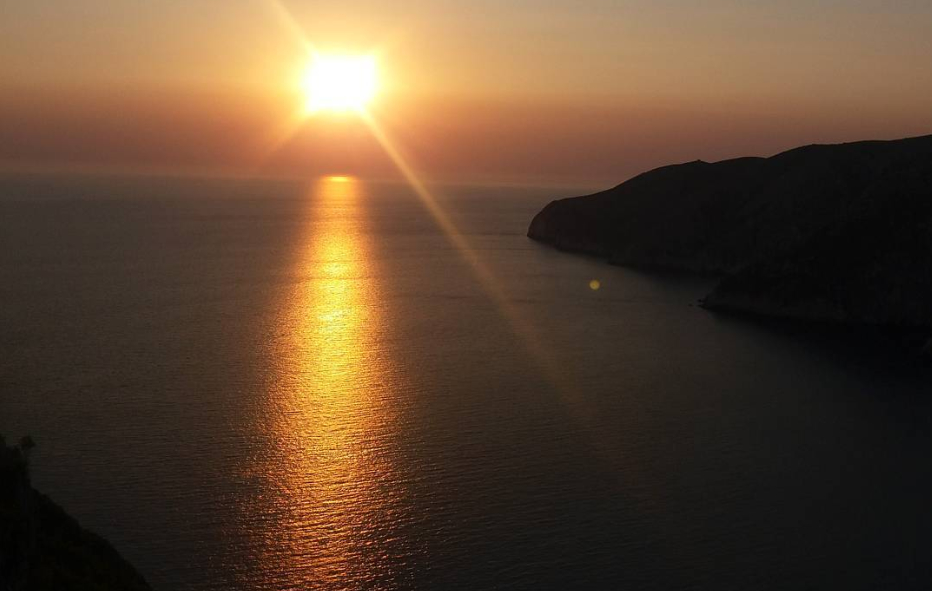 How to Get to Kampi Zante

The roads leading to Porto Schiza are very small and narrow. They are mainly dirt track roads and only big enough for one vehicle. If someone is coming down after a visit to Kampi you will have to wait at the bottom before you can get past and reach the top. As with all of the resorts in Zakynthos, the hire of vehicles is very easy as long as you have a licence; alternately, you could book yourself on to one of the many excursions.

Kampi Zante is quite a difficult place to get to so if you are hiring your own vehicle, you better have a good sense of direction. Kampi is listed on all the maps although the roads in Zakynthos are not very well sign posted. Some of the signs are even after the turning so beware… You may take a few wrong turns along the way.

Our recommended mode of transport would be by coach. Coach trips are readily available from all of the resorts and can be booked with your tour operator or with the locals. There are different coach trips to go to beautiful Kampi during the day or at night. The last tour I went on stopped there for lunch whilst on a tour of the island. Obviously, coaches cannot reach all the way to the very top of the mountain. The Schiza cross and the highest viewing area is but a short, beautiful walk from where the coach must stop. You will certainly agree that the journey was worth it after you take in the beautiful scenery; breath-taking views of the sea and the incredible sunset that Kampi in Zakynthos has to offer. 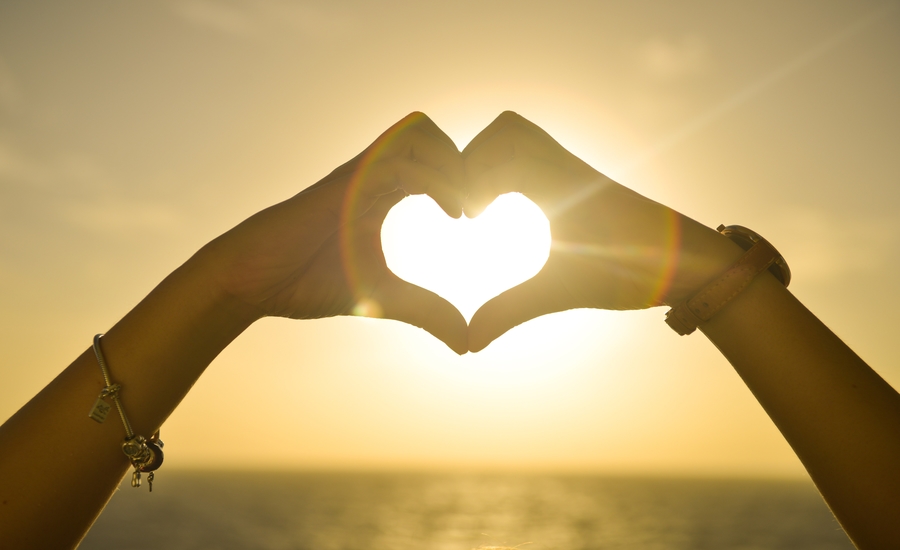 The 5 star Mabely Grand Hotel is in Kampi Zante. The Mabely Grand is billed as the best hotel in Zakynthos. It is very luxurious and has everything that you would expect from a 5 star accommodation. It has an amazing view of the Kampi cross and the idyllic landscapes surrounding it. Of course it also has the most fantastic location to see the most romantic sunsets ever.

Kampi in Zakynthos is only 15km away from the famous Shipwreck beach (also known as Smugglers Cove); 25km to Zakynthos Airport; & 30km from Zante Town.

If you have been to Kampi Zante before, let us know what you think in the comments below. If you haven’t – you should! It is well worth a visit to Kampi in Zakynthos to soak in the amazing views. Drink some beautiful local wine and enjoy a delicious Greek meze.